2 Ways To Utilize The Condensate Generated By A Commercial AC

Commercial air conditioners tend to produce a fairly large volume of so-called condensate water. This water, which is typically discarded, can actually be utilized in a number of different ways. If you are interested in increasing the efficiency of your property by reusing this byproduct of the air conditioning process, read on. This article will discuss two ways to put your condensate water to good use.

A Note About Disinfection

All air conditioner condensate water runs a certain risk of containing dangerous microorganisms. The most serious of these is a bacteria known as legionella, which causes the disease commonly known as Legionnaires' Disease. Any set-up utilizing condensate water in a way that exposes it to human contact should thus include some form of disinfection. Chlorine tablets, UV light, and ozone injection systems are all appropriate ways of accomplishing this task.

Makeup Water For A Cooling Tower

Many commercial properties utilize cooling towers to absorb the massive amounts of heat given off by an air conditioning unit's chiller. Otherwise these ACs simply wouldn't be able to function efficiently--not to mention they would be at an increased risk of component failure associated with high internal temperatures. A cooling tower works by circulating water that absorbs unwanted heat and diffuses it.

Since a cooling tower is already such an integral part of a commercial air condition system, it only makes sense to reuse condensate water to help it run. This will increase the overall efficiency of the system, while lowering water costs as well. It has been estimated that condensate water can constitute up to 15 percent of the water in a cooling tower. Given the large volumes of liquid required by cooling towers, that amounts to a substantial savings.

Whether composed of apartments or business offices, it is common for commercial properties to contain some sort of decorative landscaping. Such efforts greatly increase both curb appeal and community integration. Unfortunately, extensive planting beds and container gardens need a lot of water to look their best. This can represent a significant expenditure in terms of water.

Fortunately, condensate water can help offset the expense of maintaining such landscaping elements. This generally involves routing the condensate into a special catchment cistern--one that doubles as a receptacle for collecting rainwater. This water then provides a convenient source for both subsurface and above ground watering systems. Subsurface landscape irrigation offers a distinct benefit, in that it generally does not need to be treated for biological contamination, thanks to the fact that it is never directly exposed to either the atmosphere, or to human contact.

If you'd like more information about how to use condensate or need to talk to a commercial HVAC contractor, contact HVAC & R Solution. 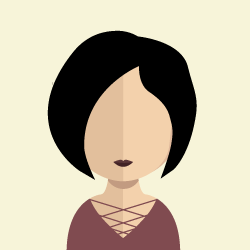